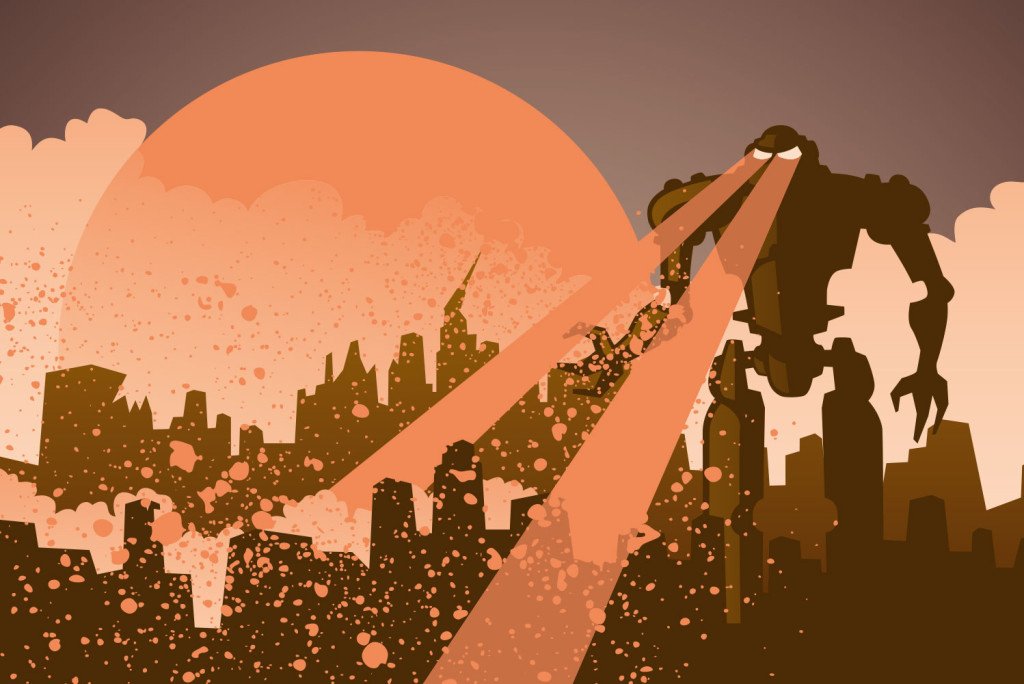 In 1996, a speaker told The Law Society that in five years’ time the predominant method of communication between lawyer and client would be email. The law society responded by banning the speaker from addressing them and told him he didn’t understand confidentiality, security and how these related to the law! These days, Richard Susskind – that same speaker, is IT advisor to the Lord Chief Justice of England & Wales… So perhaps the ideas in his new book (co-authored by his son Daniel), about the role of technology in professional work deserve serious consideration?

Last Monday, I sat in the LSE lecture theatre with a bunch of fearful looking 20-somethings as they were told the courses they had signed-up for in law, medicine, teaching accounting etc. wouldn’t prepare them for work and worse still a machine would do a better job – if not right now, then before they had time to establish their careers.  The smug 40-something in me, having lived through predictions of endless leisure time and everyone retiring at 40 (and by that point having been at work for the past 10 hours) smiled inwardly… surely we’ve been here before?

Apparently not. As the mild sense of panic rippled through the auditorium it became clear that the Susskind’s were presenting something different. The old objections to technology; it has no capacity for judgement, it’s not intuitive, it doesn’t understand emotions, were being dismissed by simply turning the question on its head– so for example; what problem are we trying to solve if we need to exercise judgment? Judgement is only the answer to a human-modelled problem. But if we model the problem differently – we can use a different mechanism to get to an answer.

Take an example close to our hearts at amicable. We are often asked what is the best contact pattern for children of a particular age with a certain history of parents’ child-caring and working routines. At the moment, we are able to draw on our experience, public data/expert opinions and many published studies that seek to answer this question in general terms. We help parents to assimilate that information and negotiate what’s best for their children, but for many parents when they can’t agree a human-being, usually in the shape of a judge makes that decision for them. But in a few years’ time as processing speeds grow exponentially, we record more longitudinal studies and can cross correlate more factors, it’ likely that technology will be able to predict with accuracy what’s best for your particular child with all the factors of personality, previous caring arrangements etc. taken into account and – not just immediately, but over the course of their growing up lives.

There are many calls right now for shared care to be set as a precedent in divorce and separation with children routinely rotating between homes. The difficulty is there is no longitudinal evidence that this is best for all children, and until there is, we rely on individual decisions about specific family circumstances. The status quo remains – but at least with data we have the opportunity to challenge and find out what is really best. With more data comes the opportunity for standardization and predictability of outcome and here in essence is the nub of the Susskinds’ argument.

Volume of data gives rise to patterns and the prospect of standardization. This in turn allows machines to take over where judgement used to be required. From our perspective perhaps inputting factors into an app, such as; age, previous history, preferences and cooperation levels between parents would allow a more standardized set of outcomes in family cases and this in turn would allow more parents to divorce and separate amicably. As anyone who has been through the family court system knows, one of the most difficult things to handle is the sheer unpredictability and different preferences of the human experts involved; and nothing stokes conflict like the perception of unfair treatment.

There is of course the age-old human objection to this – we are not standard we are unique, individual and our circumstances are all different… but this argument underestimates the power of what is possible. As the Susskinds’ point out, computers win on Jeopardy, they beat top chess players and they already perform operations. Surely it is implausible to think in the internet age where big-data is a way of life, we cannot harness it, and use its predictions to replace human judgement in the name of better, societal outcomes?