Guest blogger Alexa's thoughts on co-parenting with the worst kind of ex: The narcissist

Guest blogger Alexa’s thoughts on co-parenting with the worst kind of ex: The narcissist At amicable, our mission is help separating parents divorce with minimal conflict and work together for the sake of their co-parenting relationship or sanity (or both!)… but sometimes that’s just not possible. Our guest blogger Alexa shares her thoughts on what to do when amicable just isn’t an option.

Every couple of days I will be browsing some sort of social media and a well-meaning meme will pop up that says something to the effect “you must get along with your ex or you are causing irreparable damage to your children.”

Alright, maybe that’s a stretch, but when you’re stuck in a toxic coparenting situation, that’s how it feels. You look at couples who take pictures with the bio parents and their new spouses and their shared child/ren at graduations or birthday parties, hell, these people actually invite their ex’s to shared birthday parties, or *gasp* they actually work together and throw the party together. I won’t lie, I am deeply and bitterly envious of these people. Most people will understand how hard this is, occasionally there are the coparents who will look at you like you are at fault for causing a rift in the joyous ride of coparenting after a divorce or split up, after all, it’s never just one person’s fault, right?
Except when it is.

I cannot possibly write down every verbal exchange, every instance and situation in which I have “given in” trying to be the bigger person, trying to attract karma, trying to create an atmosphere of give and take, positivity or at the very least, neutrality, only to have it come back and bite me in the ass. I give, he takes, I bend, he breaks, I try to kill him with kindness, he wishes I was dead. There are simply times, situations and specifically people, in which it does not matter. The truth is, they are toxic. The problem is, you can’t simply divorce them. As much as they wish they could eliminate you, they can’t, and as much as you wish you could live in peace, sometimes you can’t.

I’ve now been divorced for three years, and have spent approximately half the amount of time that I was actually married, in a custody battle. I’m here, not to scare or disappoint you, but rather, to encourage you. I want to assure you, just because you may find yourself in this type of post marriage cold war, you are not a bad parent, and you certainly do not have to have a miserable life. I want to share with you a few things that I have found to help me survive.

1. First and foremost, do not engage. This sounds ridiculously simple. So easy that you think it would come second nature, correct? The truth is, the toxic ex will find ways to try to draw you out, by drawing you out and getting a reaction they gain more strength. They will try to elicit rage or pain by saying something cruel, or, as I have found to be the most difficult one to resist, blatant lies. When someone lies about you, it’s basic human nature to want to defend yourself, but the cold hard truth is that it doesn’t matter. They either don’t care that it’s a lie, or won’t believe you regardless, so your attempts to persuade them, will only create more undue stress upon you and will only bloat their ego, making them feel powerful knowing that they can cause you such extreme emotion.

2. Once your ex knows that they can’t get to you through texts, emails or angry phone calls, they will move on to your children, so it bears repeating, do not engage. They will start spreading lies about you, your family and your friends to your children. It may start off as simple, innocent sounding lies, but you will know their true intent is to illicit anger, so you appear to be the angry, unbalanced one. Anything from “your mom only cooks out of a can,” (repeating this still makes my blood boil) to “Mommy has bad teeth because they eat too much junk.” Remain calm and remember that eventually, your children will learn and believe by observation, not by what they are told to believe.

3. Learn and begin to live with the fact that they don’t just lack empathy, they despise it. You need to switch a day because you had surgery? Forget it. You would like an extra day to take your child to a funeral because your dad died? Not their problem. Your sister died? Your pet died? You lost a job? Nothing will matter to them, and the sooner that you stop expecting to receive even the slightest form of sympathy, let alone empathy, the sooner you will be able to stop feeling anger and disappointment.

4. They like to abuse in private. This is not to say they won’t smear you publicly, but their actual psychological abuse will normally be done in private. They will send you text after text telling you what a terrible parent you are, how you mean nothing to your child, what a horrible person you are, and then the second they are forced into a public setting (hello courtrooms) they will change their tune, suddenly you “have a very valuable bond” with your shared child/ren, or they won’t agree to something until a third party is involved, then suddenly everything is fine, why would they have a problem with that? That would make them crazy, they aren’t crazy, you’re crazy! When they change their tune on a drop of a hat, do not fall for it. They haven’t suddenly turned a new leaf, they are manipulating the situation. Unfortunately, it often takes a few times for this one to sink in.

5. Their greatest talent will be character assassination. This is quite possibly the very hardest to adjust to, because you will lose friends and sometimes even family due to their smear campaigns. Lifelong friends will suddenly disappear, while volunteering at school or waiting at school pick-up lines, you will hear other parent’s or even teachers whispering about you. In all respect this ties in to every other point I’ve listed already, this is their greatest feat, alienating you. I truly wish I had some magical answer to this problem but the best that I have found so far is to carry your head high and prove everyone wrong. One of my all-time favorite quotes is by Abraham Lincoln and he said, “Always bear in mind, your own resolution to succeed is more important than any one thing.” I’ve carried this with me since I was a teenager and it has proved me well. The best revenge is always success, not that they will ever acknowledge your success, but you will know you are the better person.

Alexa is a regular contributing writer on X2X Community’s blog, X2X to you.™ She also blogs on her personal site where she shares her life experiences raising three boys with a refreshing dose of honesty. 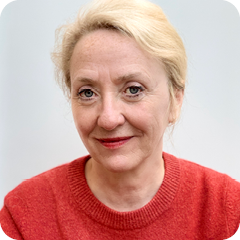 Your blog contains great information. Thank you very much to share with us! https://blog.mindvalley.com/co-parenting/

Really enjoyed this post. You pinned the games my ex plays right on the head. And yes for me the hardest part is removing emotions from the conversations and not engaging. Lately when i want to respond i send a screen shot to a friend or my sisters. I then reply to them what i really want to say. Wait a bit walk away and try and give him the business only matter of fact response stone wall w no emotions. Sometimes he keeps trying most time I get blessed to not hear from him for 2 days.